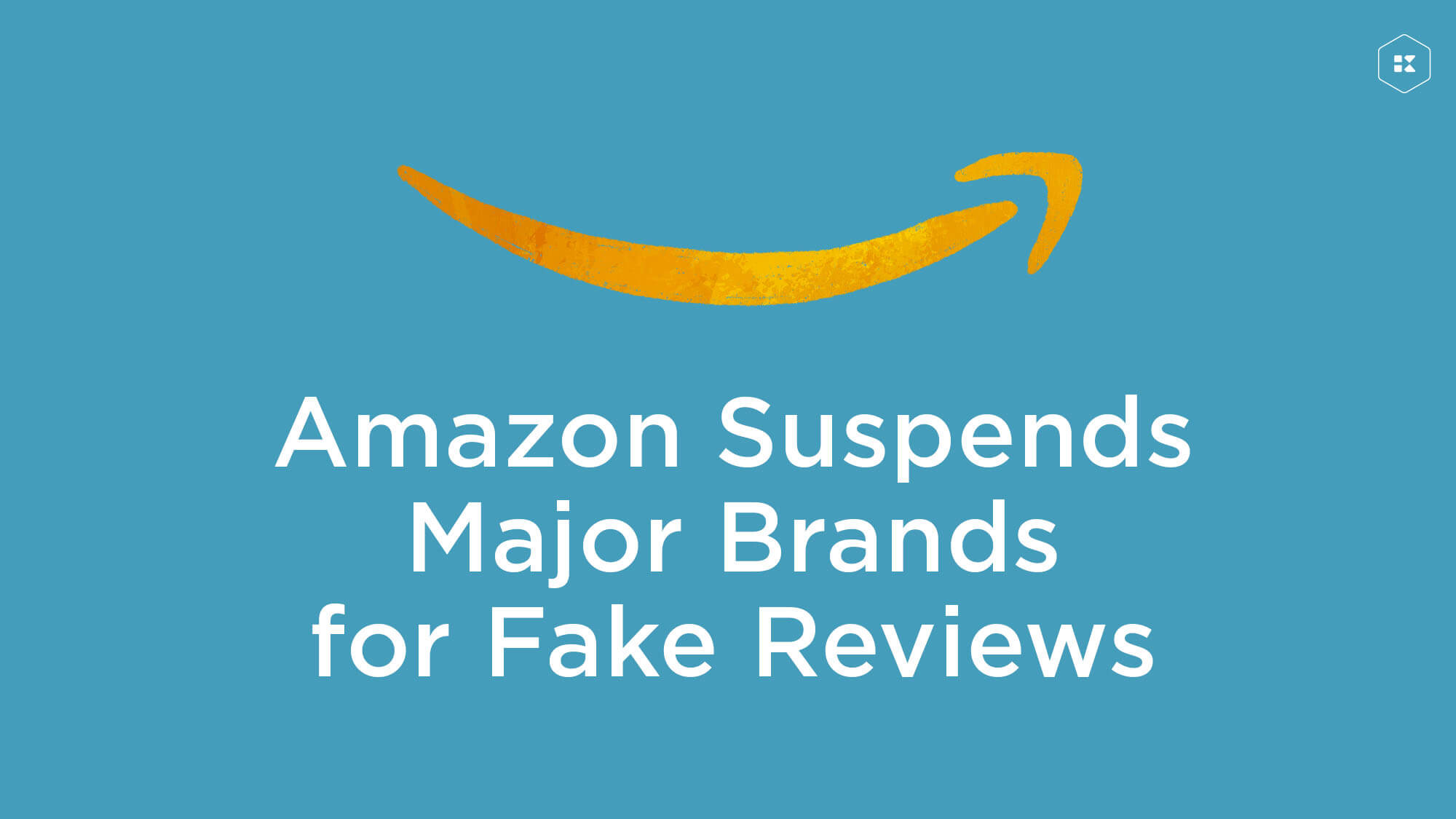 Marketplace Pulse reported that Amazon has suspended over a dozen Chinese sellers for using banned review generation tactics. The act is particularly notable due to the brands’ size: Together, their annual sales on Amazon exceed $1 billion.

These brands operated in multiple Amazon marketplaces and were sold by multiple sellers. Marketplace Pulse reports that some sellers were authorized third-parties, some were owned by the brands themselves, and others had unknown connections to the brands.

Amazon banned all the sellers, making this crack down much more serious for the affected brands. If a single seller were banned, others could take their place. By banning all sellers from selling the above brands, Amazon has effectively dammed their revenue source.

This news comes around the same time as Amazon’s first ever Brand Protection Report, which states that last year, Amazon blocked over 10 billion product listings suspected of being counterfeit. 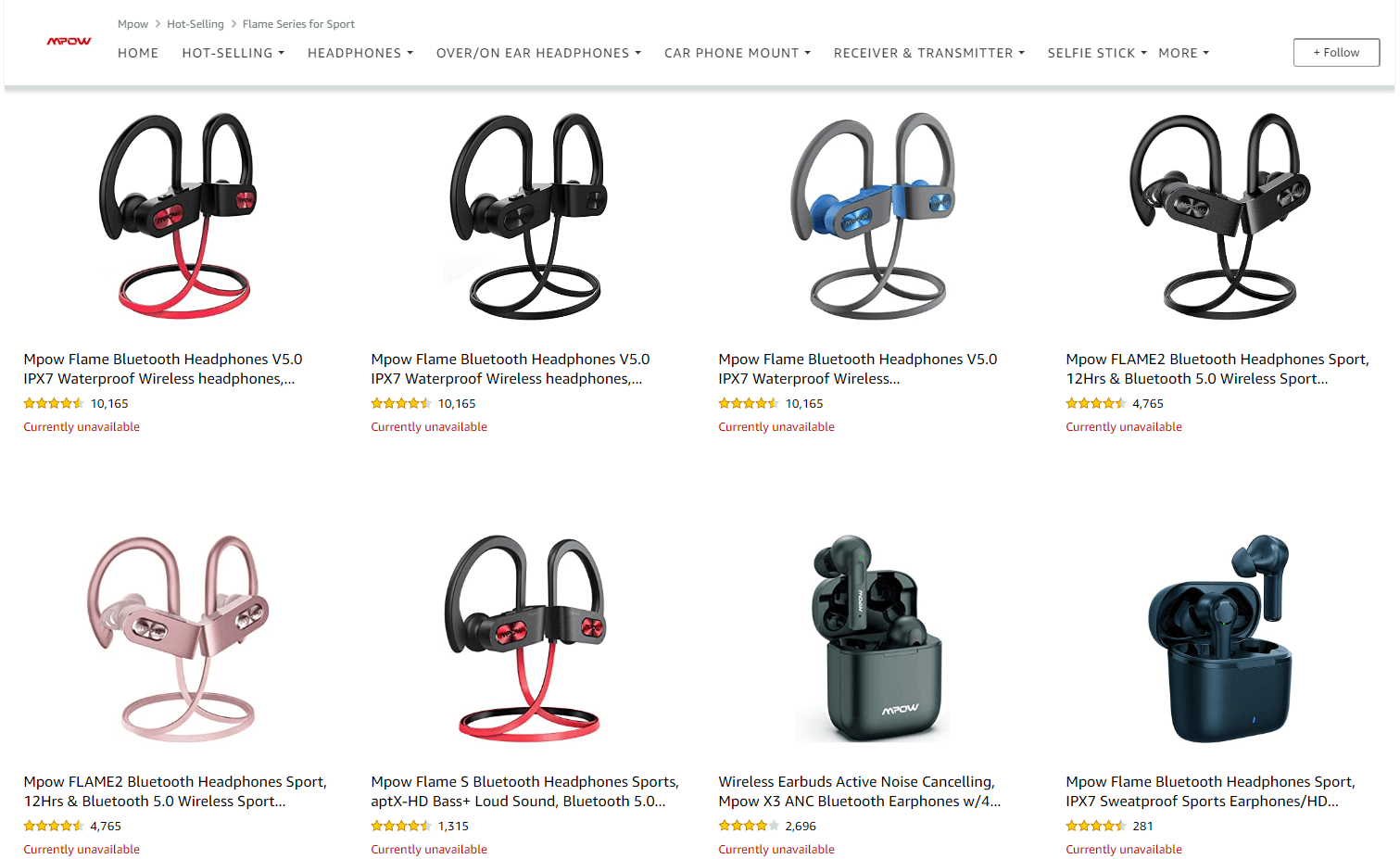 Amazon has extended this practice to all the banned brands. If these brands are ever permitted to return to the marketplace, they will likely struggle to achieve the same sales velocity that they left off on.

This act may be intended to signal that Amazon will no longer tolerate fake review schemes. Amazon chose to act against large brands, some of whom are Amazon-native brands.

Megan Lauterbach, Kaspien’s General Manager of Retail, sees it as a pointed message: “This tells me that, regardless of how big you are on Amazon, if you violate their terms and manipulate ranks or reviews (which hurts the customer experience), Amazon is willing to remove you from the marketplace.”

How Prevalent is Review Manipulation on Amazon?

Unfortunately, fake customer reviews pervade Amazon, and have seemed to grow only more rampant as the years go on.

“Review manipulation is one of the most common black hat tactics on Amazon,” said Lauterbach. “It is a key way to gain more traction on the SERP. The amount and rating of the reviews gives customers confidence to purchase, even if your product is actually not great.”

Amazon also recently retired the Amazon Early Reviewer Program, one of its few approved programs for review generation. When the news was announced, there was widespread speculation it would only lead more brands to engage in black hat tactics.

This crack down by Amazon will hopefully deter other brands from engaging in unscrupulous practices, but given the importance of customer reviews for discoverability and conversions, brands are desperate for ways to wrack them up.

How Does this Ban Help Stop Fake Customer Reviews?

For one, the impacted brands are losing sales every hour that they are unavailable on Amazon. Some of them have been banned since late April.

This suspension is also potentially disastrous from a cashflow perspective, as Kaspien’s General Manager of Dropship, Evan Durrant, points out: “If the account is banned/remains suspended, Amazon will hold funds for at least 90 days to recoup any returned product or claims made against the previous sales. In some cases (usually with IP issues), funds have been held indefinitely. All of these larger players are likely floating containers upon containers full of goods over the ocean right now, which means they now have cash tied up in inventory that they’ll additionally have to offload at-or-below cost if their suspension sticks.”

Additionally these brands may struggle to reach the same sales velocity that they enjoyed before the ban (assuming Amazon un-bans them). If the majority of the removed reviews were 5 stars, then the products may suddenly find themselves with a much lower star rating, making it harder to compete in an already intensely competitive space.

Of course, as the image above shows, that won’t always be the case. Mpow’s headphones still have favorable ratings, despite tens of thousands of customer reviews being removed.

What Does This Crack Down Indicate?

Nelsen also believes that this enforcement will extend to Amazon brand aggregators, which has raised over $4 billion for acquiring Amazon-focused brands since the start of 2020. “I wouldn’t be surprised if some of the brand aggregators who are violating Amazon rules – like operating the accounts of the brands they bought – will face some consequences this year.”

As for Kaspien’s partner brands, Lauterbach said, “This may benefit our partners if Amazon continues to take action. Many legitimate brands are getting beaten by competitors that are playing unfairly.”

And there’s the crux of it: Is this Amazon grand standing after facing a 16-month congressional review over the last two years, or does it truly signal a change in Amazon’s policy enforcement?

We have a growing library of resources about Amazon services and news, including other blog posts, whitepapers, eBooks, podcasts, and more. Subscribe to our weekly blog to never miss a beat!